After ~3 years on y360 and ~2 on blogger  i’ve decided to cut the losses and move on to a self hosted wordpress blog.

If you wander why “Canapé”, just check the wiki paste .
Low calories ! Enjoy ! 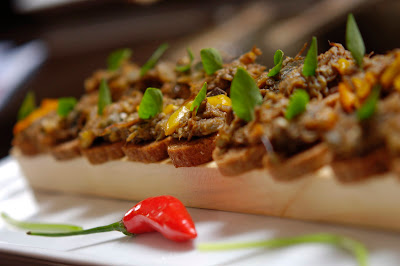 A canapé is a piece of furniture similar to a couch or settee, and is meant to describe an elegant sofa made out of elaborately carved wood with wooden legs, and upholstered seats, back and armrests that seats three, that emerged from France in the 18th Century. A style created during the Louis XV and Louis XVI periods, similar yet different from designs used by Thomas Chippendale, it later became popular in the United States during the19th Century.
Its shape is distinct from other sofas of the period, including the divan and chaise longue, but does include several forms. Frequently matching chairs were made to go with it. Precious hardwoods such as walnut, cherry and mahogany were often used in its construction.
Currently the term is used in world furniture design and retail as a variation on “sofa”, except when antiques or reproductions of 18th Century designs are concerned.